Khurshid observed, “Progenity had been a key distributor of a competing NIPT test from Natera, but appears within the last two weeks to have switched to Illumina/Verinata’s Verifi test. The exact reason for the switch is unclear and interestingly coincides with another large contract (Quest) lost by Natera to Sequenom roughly two weeks ago. We believe re-draw (i.e., no-call) rates and slower turnaround time may have had something to do with the change. We believe the contract win has the ability to drive around 600 basis points of share gain in the NIPT market, driving US direct market share in the 15-20% range by year end. In terms of NIPT test volumes we believe this win has the ability to drive north of 25,000 tests annualized. While the economics of the agreement are not known to us, we believe the arrangement resembles the sales and marketing partnership with Perkin Elmer where ILMN captures an upfront fee per test and bears the burden of processing samples. Based on our assumption of $800 realized by ILMN per test, the win could be worth north of $20 MM (~1% of sales) in 2015 and, depending on how quickly it phases in, possibly drive an incremental $7 MM in 2H14, in our view”.

According to TipRanks, which measures analysts and bloggers success rate based on how their calls perform, analyst Zarak Khurshid currently has a one-year average return of -7.2% and a 53% success rate. He is ranked #311 out of 3137 analysts. 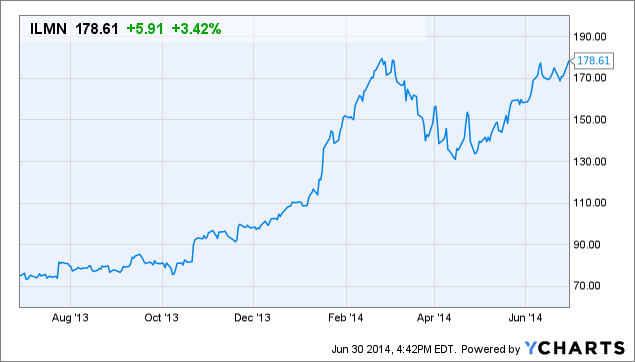