Chardan Downgrades Globalstar, Inc. (GSAT) on the Back of Increased Risks

In a research report published Monday, Chardan Capital analyst James McIlree downgraded shares of Globalstar, Inc. (NYSEMKT:GSAT) from Buy to Neutral, citing increased risks of ultimate passage of TLPS. Shares of Globalstar are currently trading at $1.17, down $0.03 or -2.

McIlree wrote, “Globalstar has over $670 million in debt, and interest and principal payments of $115 million to $120 million annually beginning next year but only $30 million of annual EBITDA . It would need to raise equity capital and/or restructure the debt, but without TLPS either becomes problematic. Leasing the spectrum for satellite usage is possible, but there are a limited number of lessee’s, including Inmarsat and Iridium.”

“The best case scenario, an outright approval of TLPS without conditions, seems the least likely now and suggests at best, an extended period of financial uncertainty, increased risk and continued uncertainty on the ultimate allowed use of the company’s spectrum. If TLPS is approved, provisionally, the company would still likely face financing challenges over the next twelve months,” the analyst added. 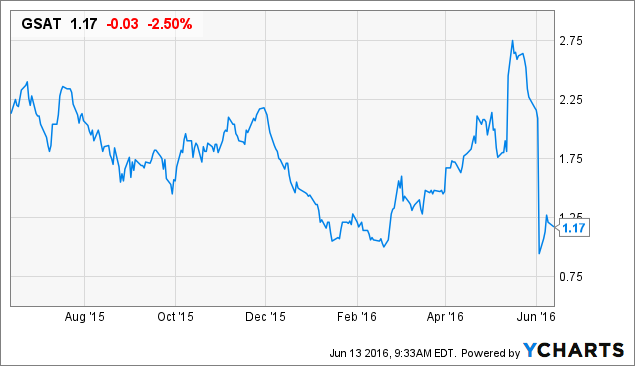