In a research report published Tuesday, Chardan Capital analyst Gbola Amusa reiterated a Buy rating on La Jolla Pharmaceutical Company (NASDAQ:LJPC) with a $54 price target, after the company announced fourth-quarter results and provided an update on its pipeline. La Jolla shares are currently trading at $20.32, down $1.05 or 4.91 percent.

Amusa noted, “Comprehensive net loss attributable to common shareholders was $6.8 milllion, or $0.45 per share, compared to our expectation of a $5.1 million net loss, or $0.37 per share. Of the $1.7 million difference versus our numbers, $1.1 million was due to higher R&D than we expected, and $0.7 million was due to higher SG&A than expected.” Furthermore, “The company noted an increase in operating expenses that was related to the phase II clinical trial of GCS-100 in advanced chronic kidney disease (CKD), the phase I/II trial of LJPC-501 in hepatorenal syndrome (HRS), preclinical work on LJPC-1010 and LJPC-401. Cash and equivalents of 48.5 million were lower than our expectation of $53.1 million, with the remaining reduction of cash relative to our numbers driven by investments in working capital.”

According to TipRanks.com, which measures analysts’ and bloggers’ success rate based on how their calls perform, analyst Gbola Amusa has a total average return of 9.4% and a 66.7% success rate. Amusa is ranked #2173 out of 3516 analysts. 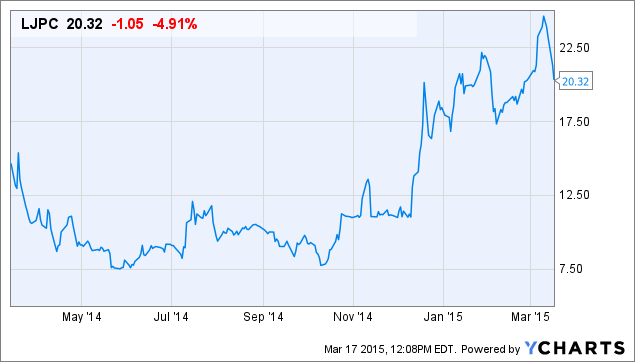