In a research report issued today, Chardan Capital analyst Keay Nakae reiterated a Buy rating on shares of StemCells Inc (NASDAQ:STEM), with a price target of $1.55, after the company reported positive data from an interim analysis of the first 6 patients in the first cohort of its Phase 2 Pathway study in cervical spinal cord injury. StemCells shares reacted to the news, rising 11.21% to $0.5060 on heavy volume, making it among the top winners today.

Nakae noted, “While coming from a small sample size, we view this as very encouraging early data. Further, while uncontrolled, it is very uncommon for patients this far post-injury (10-23 months) to experience any spontaneous improvements in motor function.”

“The Company continues to enroll patients in the second cohort of the PATHWAY study. The second cohort of the study is the randomized, single-blinded, controlled, portion of the study that will enroll approximately 40 patients with cervical spine injuries. The trial currently has 12 active sites enrolling patients, which could be increased to 15. Thus far, about 1/3 of the patients in this cohort have been enrolled,” the analyst continued.

Bottom line, “We believe that STEM is an intriguing speculative small cap investment story, based on its limited human data thus far. Additional interim clinical data is expected to be reported during 2016 from its Phase 2 PATHWAY cervical spine study, which could provide further support for our investment thesis.” 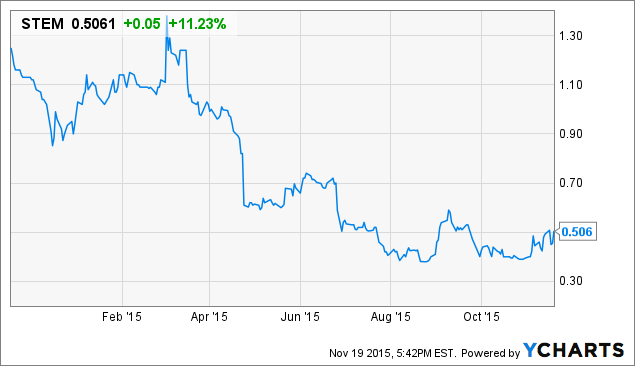