Analyst Jason Kolbert commented, “It is our understanding now that the company (pending final FDA approval) is now positioned to leverage the fact that its product falls into the regulatory sweet spot (unmanipulated autologous – point of care) therapy and run a modest pivotal trial that on good data should result in approval (2016/2017)”. He added, “Targeting indications with autologous stem cell-based “combination products” positions KOOL for fast regulatory approval and early investor return, in our view. SurgWerks processes have been proven in 600 patients to date, spanning all six indications, and multiple pilot and Phase Ib trials have concluded. The start of the pivotal trials for CLI with AMI to follow represents the next major catalyst for the company”.

According to TipRanks.com, which measures analysts and bloggers success rate based on how their calls perform, analyst Jason Kolbert currently has an average return of 13.7% and a 64% success rate. Kolbert has a -33.9% average return when recommending KOOL, and is ranked #214 out of 3162 analysts. 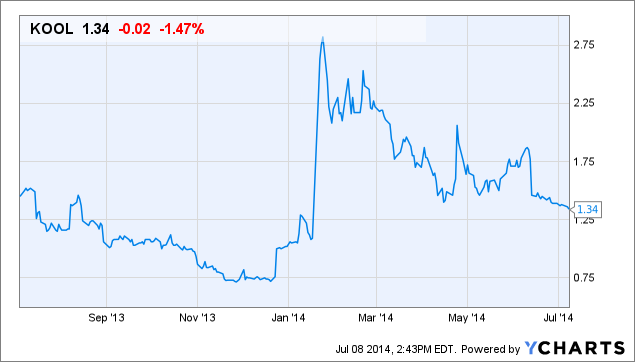