In a research note released earlier today, H.C. Wainwright analyst Reni Benjamin reiterated a Buy rating on Cesca Therapeutics Inc. (KOOL) with a price target of $5.00, following today’s news that the FDA has granted the CESCA’s SurgWerksTM therapy for Critical Limb Ischemia (CLI) Investigational Device Exemption (IDE) status. The announcement follows a June 2014 meeting between management and the FDA to establish guidelines for trial design and to plot a pathway toward IDE PMA approval.

Benjamin wrote, “We view this announcement as excellent news for investors as management, based on FDA feedback, moves forward with the implementation of a pivotal trial which will include a simplified control arm that will not require placebo treatments”. The analyst continued, “With a solid portfolio of diverse assets, and a cash position of $17 MM (pro forma), we believe Cesca represents an undervalued player with significant upside for the long-term investor”.

According to TipRanks.com, analyst Reni Benjamin currently has an average return of 3.7% and a 43% success rate. Benjamin has a -2.8% average return when recommending KOOL, and is ranked #1506 out of 3162 analysts. 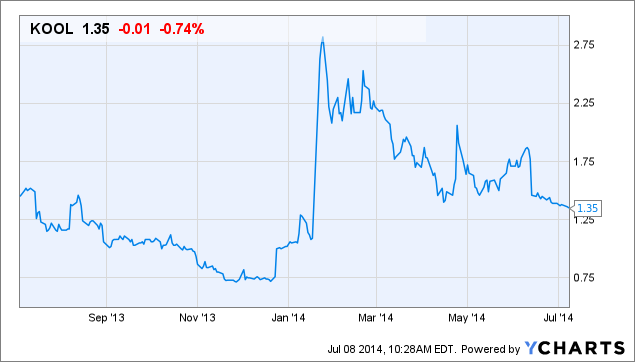