In a research report published today, Wedbush analyst Zarak Khurshid maintained coverage on Cerus Corp. (NASDAQ:CERS) with an Outperform rating and a $6.50 price target, which represents a potential upside of 60% from where the stock is currently trading.

Khurshid noted, “As a reminder, we felt CERS’ regulatory risk was reduced in August when the company announced it was contacted by the FDA regarding Chikungunya and Dengue epidemic and local viral transmissions in Puerto Rico and Florida. As part of an emergency preparedness plan, the FDA asked the company for a proposal to make INTERCEPT platelets and plasma available under an expanded access Investigational Device Exemption (IDE), which would allow use of the product prior to approval. We believe the recent outbreaks of Ebola in Africa, first case found in the U.S. and constant media attention further heightens the FDA’s awareness of rare disease outbreaks and the need for stronger safety measures, which we believe increasingly de-risks the CERS story in front of the ongoing FDA INTERCEPT platelet review and potential approval which is slated for 1H15.”

According to TipRanks.com, which measures analysts’ and bloggers’ success rate based on how their calls perform, analyst Zarak Khurshid has a total average return of 0.5% and a 60.7% success rate. Khurshid is ranked #2015 out of 3331 analysts. 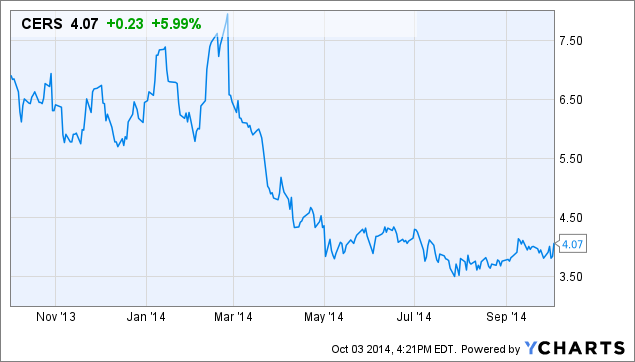