In a research report published August 8th, H.C. Wainwright analyst Reni Benjamin reiterated Buy rating on Celsion Corp. (CLSN) with an $8 price target, following CLSN’s acquisition of EGEN and the company’s release of its second-quarter results. Celsion reported a net loss of $(6.7) MM or $(0.38) per share as compared to Benjamin’s estimate of $(5.7) MM or $(0.35) per share. Operational expenses included $3.2 MM in R&D and $2.3 MM in SG&A costs, which were largely in-line with Benjamin’s estimates.

Benjamin wrote, “The recent acquisition of EGEN, Inc. (closed 2Q14), an oncology company focused on the development and delivery of a wide variety of nucleic acid based therapeutics, Celsion gained therapeutic candidate EGEN-001, along with EGEN’s three platform technologies for the delivery and expression of nucleic acids. Additionally, with the pending initiation of the Phase 3 OPTIMA trial in HCC, positive interim data from the ongoing Phase 2 DIGNITY trial and $50.1 MM in cash for clinical development, we believe Celsion represents an undervalued player with significant upside for the long-term, risk-tolerant investor.” Benjamin added that as a result of the acquisition, “The company may appeal to a broader set of investors in the coming months.”

Benjamin continued, “While disappointing data was reported from the HEAT study (released 2Q14), a large subset of approximately 285 patients demonstrated a greater than 50% improvement in overall survival (OS) (p=0.037). In our opinion, these results continue to suggest a benefit, although investors should be cautious given the hypothesis generating nature of the findings.The confirmatory OPTIMA study is designed to optimize the variables seen in the first study, including enrolling Child-Pugh Class A disease patients with single lesions ranging from >3 cm to <7 cm in size. In addition, longer RFA treatments beyond 45 minutes will be required. The aim is to demonstrate a 33% improvement in OS with ThermoDox. The trial could is expected to begin enrollment in 2H14 of approximately 550 patients worldwide.” 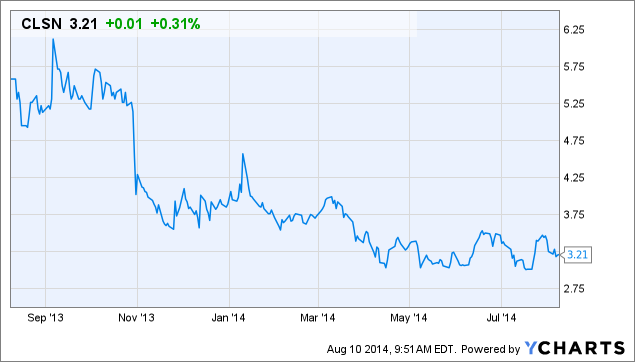