In a research report released today, Oppenheimer analyst Christopher Marai reiterated an Outperform rating on Celldex Therapeutics (NASDAQ:CLDX) with a $36 price target, as the company presented positive top-line data from ReACT, its phase 2 study of rindopepimut (RINTEGA) in combination with Avastin vs. Avastin alone.

Marai noted, “results were concordant across several measures and imbalances across arms; according to presenters at SNO and further analysis, subsequent therapies did not confound OS results. This data set further confirms our view that CLDX remains undervalued as rindopepimut remains unappreciated. We note that rindopepimut is a molecularity targeted therapy for a rare-disease-like patient population, with placebo-controlled evidence of clinical effect and robust evidence of molecular mechanism.” 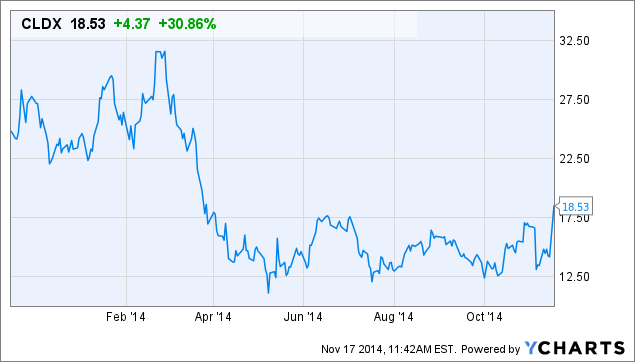