Celgene: Purchasing Shares At These Levels Would Be Appropriate, Says William Blair

Sonnier wrote, “We are disappointed by the trial failure, given the promising Phase II results. The POSTURE trial is a Phase III study composed of 490 patients with active ankylosing spondylitis. The primary endpoint was the percentage of patients who achieve an ASAS-20 (Assessment of SpondyloArthritis International Society-20) response at week 16. We acknowledge that the efficacy in the active arm did not show a significant improvement compared to the placebo arm at week 16, but we are encouraged that no new safety signals were reported in the trial, thus providing further support of apremilast’s consistent safety profile”.

The analyst continued, “The stock is trading at a discount when accounting for growth, with a PEG ratio of 0.8. With what we view as 2013-2017 EPS growth of roughly 30% and the stock trading at a discount to its peer group on a relative PEG ratio basis, we believe purchasing shares at these levels would be appropriate for any investor interested in a high-growth, innovative company poised to take a leading position in a growing market”.

According to TipRanks.com, which measures analysts and bloggers success rate based on how their calls perform, analyst John Sonnier currently has a one-year average return of 50.8% and a 86% success rate. Sonnier is ranked #393 out of 3211 analysts. 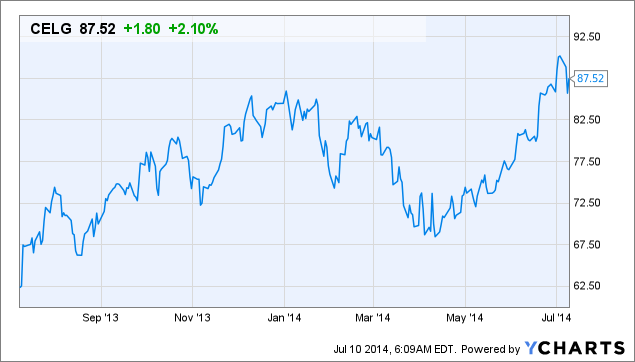