Karnauskas observed, “The focus of the 3Q call was the strong Otezla launch, and the pipeline, which we believe could potentially double the mkt cap in the next 3-5 years. We see CELG’s pipe as the most transformative in biotech. We project a 25% CAGR on EPS from ’14-19 (greater than BIIB’s) and thus are incr. our ’15 multiple to BIIB’s (Buy, CP -USD 316)’15 multiple of 26x. We also see NT removal of IP overhang and diversification beyond Revlimid. We strongly believe in the LT prospects of the co. and note the street could start including the pipe in’15.” 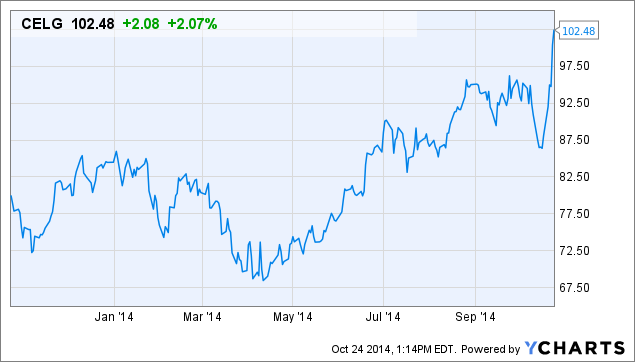