De Maria wrote, “After a difficult earnings season for cyclicals, the group has bounced back, with Caterpillar recovering as well. We believe the July dealer sales data is a neutral event for the stock and perhaps even a relief, after prior monthly retail sales data have been negative surprises. Destocking constrains second-half earnings upside, as dealer inventory will decline about $800 million per quarter in the back half of 2014. About $1.0 billion of the inventory decline will come from construction and $0.6 billion will come from mining. The guidance provisions for this headwind and we remain optimistic on 2014 EPS growth, driven by the benefit from share repurchases, lower dealer inventory levels after further destocking, easy comparisons in mining and power generation, continued strength in oil and gas demand, and cost-saving initiatives.” 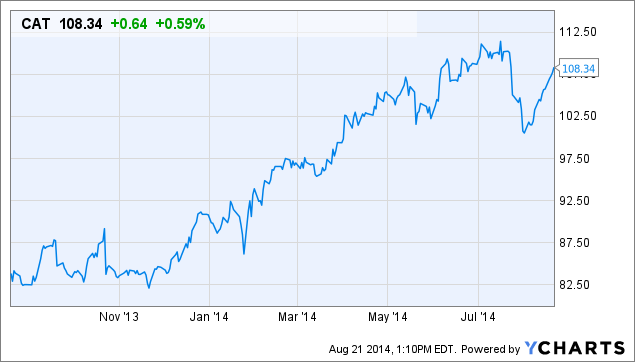