In a report published today, Roth Capital analyst Scott Henry maintained a Buy rating on shares of Catalyst Pharmaceutical (CPRX) with a $3.50 price target, following the company’s second-quarter results. CPRX reported 2Q14 EPS of a $0.05 loss, which was lower than Henry’s targeted loss of $0.08.

Henry noted, “Fundamentally, we viewed the quarter as in-line. We reiterate our Buy rating for the promise of the Firdapse program for the treatment of LEMS with key clinical data likely in late 3Q14.” The analyst continued, “We continue to expect CPRX to bring about the first approved treatment for LEMS (ahead of Jacobus, although this entails risk). We further believe that shares are undervalued based on our approval probability assumption of 65%. The major catalyst for CPRX shares appears clinical data for Firdapse in late 3Q14. Investors should recognize the binary nature of clinical risk around the data release in 3Q14.” 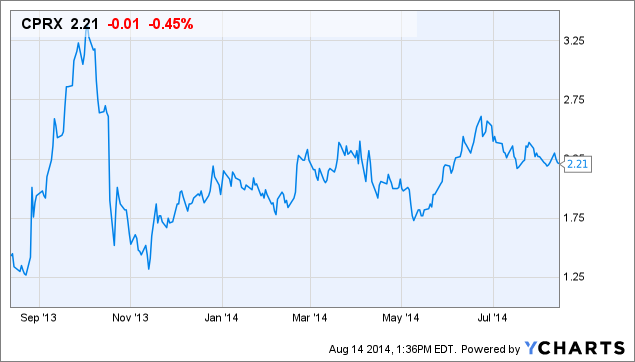