In a research note issued this morning, Roth Capital reiterated coverage with a “Buy” rating on Capstone Turbine Corp. (CPST) and a price target of $1.90 a share.

“Expectations were ratcheted down after the company’s $32mn capital raise, completed 5/7. In our view, the recent downside estimate revision cycle should now be over. As a result, we believe CPST stock has likely based out and could represent an attractive entry point for investors looking to build a LT position. Beyond fundamental execution and potential large order announcements, however, we do not see major catalysts to drive the stock higher in the NT”, says Roth’s analyst Philip Shen.

According to TipRanks, which measures analysts and bloggers success rate based on how their calls perform, Philip Shen, who covers CPST, currently has a one-year average return of 2.3% and a 45% success rate. 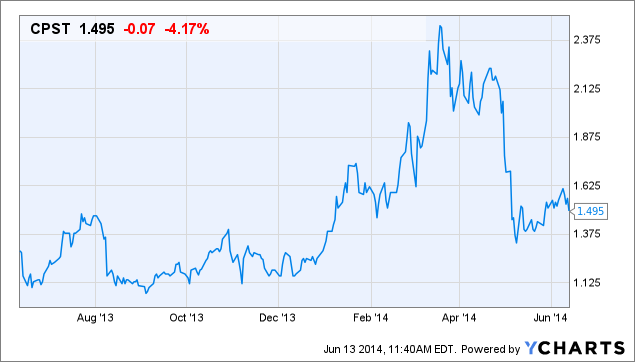