Youssef Squali of Cantor Fitzgerald rates stocks in the internet and media sectors and is one of the top 25 analysts rated on TipRanks. Today, Squali came out with a retrospective look at the weekly developments of the e-commerce giant Amazon.com, Inc. (NASDAQ:AMZN), social media giant Facebook Inc (NASDAQ:FB), and micro-blogging giant Twitter Inc (NYSE:TWTR).

Amazon announced that it will mark its 20th anniversary on July 15 with deals for subscribers of its Prime shopping program in nine countries (the United States, United Kingdom, Spain, Japan, Italy, Germany, France, Canada, and Austria). The company also announced that it’ll offer more deals on Prime Day than on Black Friday, which occurs during the busy post-Thanksgiving period.

Analyst Youssef Squali views Amazon’s Prime day promotion as somewhat similar to Alibaba’s Singles’ Day event in China, which has become one of the heaviest day for online shopping on Alibaba’s platform. He noted, “We view Prime Day positively for AMZN’s top line growth as well as a potential driver for growth in Prime memberships.”

Squali rates Amazon Stock a Buy with a price target of $50, which represents a potential upside of 44% from where the stock is currently trading.

According to TipRanks.com, which measures analysts’ and bloggers’ success rate based on how their calls perform, Squali has a total average return of 21.3% and a 65.0% success rate. The analyst has a 27.8% average return when recommending AMZN, and is ranked #13 out of 3694 analysts.

The social network announced in a Facebook for Business post that as part of the release of its new ads application-programming interface, CPC will only register what it referred to as “link clicks”, which include clicks to visit another website, call-to-action clicks that go to another website (like “shop now”), clicks to install an app, and clicks to view a video on another website. Likes, shares, and comments will be excluded from the metric.

According to Squali, management’s goal is to more closely align clicks with how advertisers are bidding, in order to optimize campaigns against their stated goals. He noted, “The outcome of this change will likely be revenue-neutral near term, in our view, with higher CPCs (since clicks decrease in the denominator) and lower CTR (incremental clicks are removed from the numerator).

The analyst rates Facebook shares a Buy, with a price target of $100, which implies an upside of 14% from current levels. Squali has a 50.7% average return when recommending FB, according to TipRanks.com.

Twitter announced that users will now be able to add birthdays to their profiles, which will trigger celebratory balloons within your timeline on your birthday (MarketingLand). The feature will be opt-in for all users, so it won’t be shown unless the option is chosen. Users can choose who to show it to, as well as letting people decide whether they want to show the year they were born, or just the date.

“This is taking a page out of Facebook’s playbook, in our view, as the company tries to enhance its personal data trove (beyond just interests) which should in turn boost targeting and ad pricing. We view this news as an incremental positive for monetization efforts over time.”, Squali wrote.

Squali rates Twitter stock a Buy with a price target of $50,which is roughly 44% from where the stock is currently trading. Squali has a -4.7% average return when recommending TWTR, according to TipRanks.com. 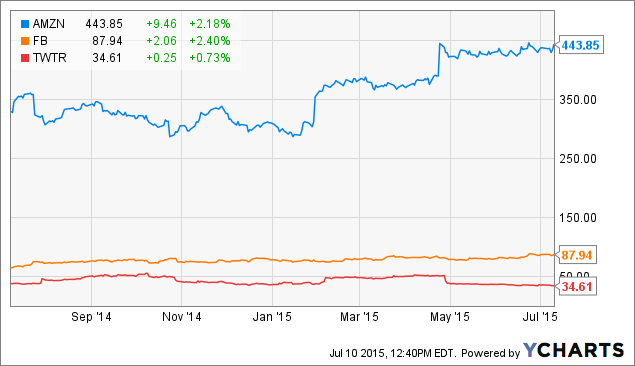