Analyst Youssef Squali of Cantor Fitzgerald rates stocks in the internet and media sectors and is one of the top 50 analysts rated on TipRanks. Today, Squali came out with a retrospective look at the weekly developments of online internet movie-streaming giant Netflix, Inc. (NASDAQ:NFLX) and micro-blogging giant Twitter Inc (NYSE:TWTR).

Squali rates Netflix shares a Buy, with a price target of $125, which implies an upside of 24% from current levels.

The analyst noted, “Netflix’ Narcos Season 1 earns good ratings in first week of debut. Netflix’ original drama series, which went live last Friday has won good ratings/reviews on both Metacritic (critic store of 77/100, user score of 9.1/10) and IMDB (rated 9.2/10). The company also disclosed that it had renewed the series for a second season. We view these initial reviews positively as there is correlation between the launch of big original titles and subscriber growth.”

Squali rates TWTR stock a Buy, with a price target of $50, which implies an upside of 77% from current levels.

The analyst wrote, “Twitter has restructured its product team, promoting Jeff Seibert to head of consumer product (per Re/code). Seibert was previously running Twitter’s developer products business. Importantly, this appointment was made under Jack Dorsey, implying that even as interim CEO, he’s making his mark on the business. Concurrently, the board held a scheduled meeting yesterday but no news about the CEO decision has transpired as of yet. At current levels, we see the stock as washed out with expectations reset, positioning it well for when a CEO announcement is made, and/or we get closer to Project Lightning launch.”

Out of the 41 analysts polled by TipRanks, 24 rate Twitter stock a Hold, while 17 rate the stock a Buy. With a return potential of 56%, the stock’s consensus target price stands at $44.13. 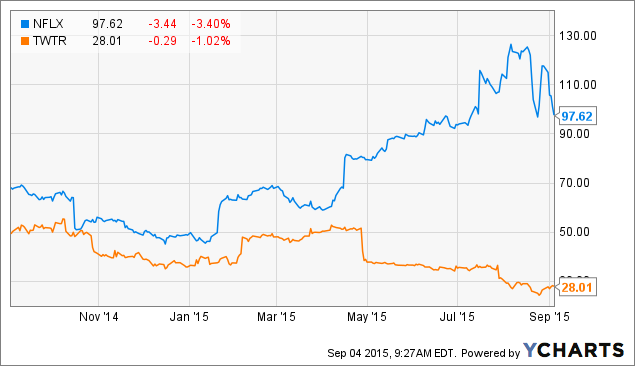