Cantor Weighs In On Apple Inc. (AAPL) As WWDC Kicks Off

Apple Inc. (NASDAQ:AAPL)’s annual Worldwide Developers Conference (WWDC) begins today with a 10:00 a.m. PT keynote presentation. WWDC is primarily focused on software and the corresponding services that are integral to the success of Apple’s portfolio. Thanks to Apple’s array of hardware devices, the company has created the most powerful digital ecosystem in the mobile device sector.

Subsequently, Cantor analyst Brian White is weighing in with a few insights on AAPL straight from the conference. The analyst believes that Apple’s digital ecosystem is often under appreciated, operating in the shadow of the company’s mobile device portfolio. However, according to White, Apple’s digital matrix is rapidly expanding its reach beyond traditional mobile devices and into wearable technology, the smart home, the connected automobile and elsewhere. He noted, “We believe this ever-expanding and seamless digital matrix remains a key differentiator, and we expect this will only leave more competitors behind in the coming years.”

The analyst rates Apple shares a Buy with a $195 price target, which implies an upside of nearly 52% from current levels. 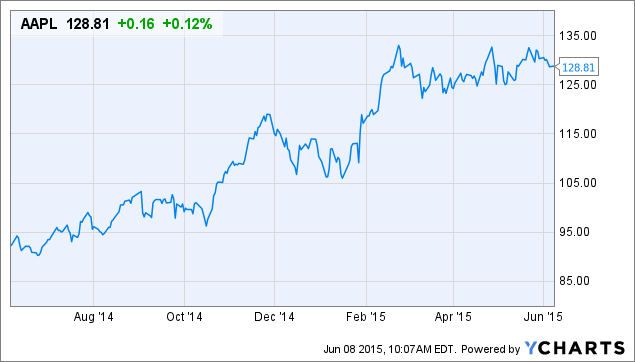