The investment firm Cantor Fitzgerald lowered its price target today on MEI Pharma Inc (NASDAQ:MEIP) to $7.00 (from $14.00), while maintaining a Buy rating on the stock. The decreased price target comes after the company's cancer drug Pracinostat failed a Phase 2 clinical trial.

The lead analyst Daniel Brims noted, "We believe the lack of tolerability which resulted in the failure of the phase 2 trial to meet the primary end point of complete response has substantially increased the risk associated with this clinical program (currently 20% risk adjustment from 70% adjustment previously). We believe the duration endpoints of overall survival and progression-free survival are better indicators of clinical benefit, and, though these endpoints are not powered for statistical significance, we believe numerically superior results will justify continued development, given a more tolerant dosing regimen."

Furthermore, "Our $7 target price is based primarily on the discounted cash flow valuation of $5/share from sales of Pracinostat with launch expectation in late 2017/ early 2018. Our peak sales expectation of >$375M is based on conservative penetration rates of 15% in front-line MDS, 30% in second-line MDS, and 35% in AML and risk adjustments of 20% in MDS as well as 70% in frontline AML." 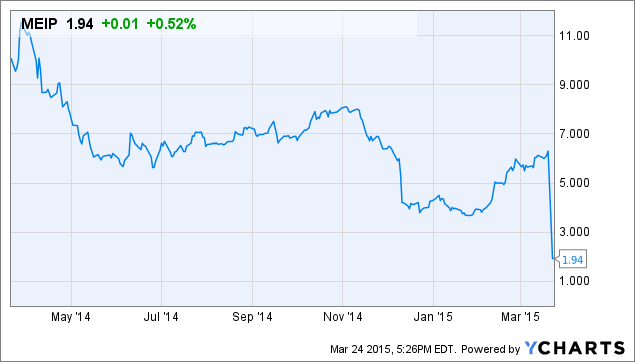