In a research report published Monday, Cantor analyst Mara Goldstein maintained a Hold rating on ImmunoGen (NASDAQ:IMGN) and reduced her price target to $9 (from $14), following the news that Roche’s MARIANNE trial, which examined expanded use of Kadcyla in Her2+ metastatic breast cancer, was unsuccessful in demonstrating improved treatment in a first-line setting.

Goldstein observed, “we have lowered our Kadcyla royalty estimates by 20% to reflect our view that this data will not be able to advance use beyond the current second-line indication.”

The analyst added, “We like ImmunoGen’s broad-reaching business model and demonstrated feasibility of the technology but believe that the overhang of potential financing and scrutiny on clinical data will keep the shares range-bound.”

According to TipRanks.com, which measures analysts’ and bloggers’ success rate based on how their calls perform, analyst Mara Goldstein has a total average return of 19.0% and a 75.0% success rate. Goldstein is ranked #245 out of 3423 analysts. 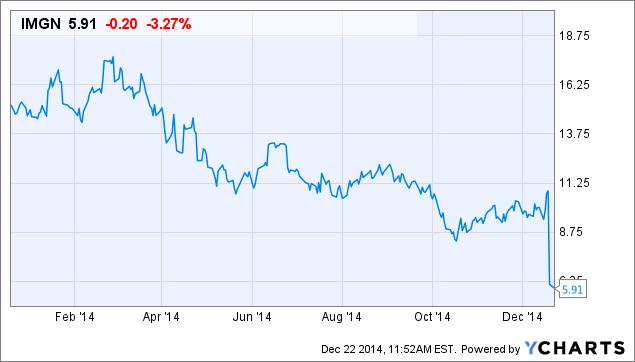