Koffler said, “Cubist reports 3Q:14 earnings after the close on October 21. We estimate revenues of $295.4M and adjusted EPS of $0.37 vs. FactSet consensus of $305.5M and $0.38, respectively. We continue to believe that operating costs are too high, and on a P/E multiple basis the stock valuation appears more expensive relative to its peers (26x 2015 P/E vs. 22x for the group, including potential takeout targets like Allergan and Salix). However, we remain constructive on CBST primarily because we cannot rule out a company takeout. Actavis’ recent acquisition of Durata highlights the ongoing attractiveness of M&A in the antibiotic space. Additionally, we think that FDA approval of Cubist’s long-awaited gram-negative antibiotic, CXA-201 (December 21 PDUFA), could support the stock.” 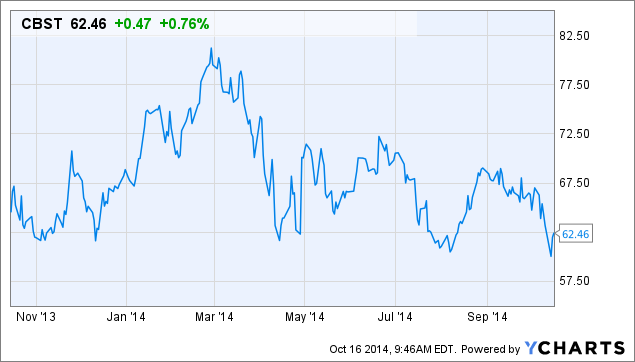