Shares of Tonix Pharmaceuticals Holding Corp. (NASDAQ:TNXP) were on a roller-coaster ride today after the drug maker announced data from its Phase 2 trial in Post Traumatic Stress Disorder (PTSD). While the larger arm dosing 2.8mg of TNX-102 did not hit statistical significance on the primary endpoint, the smaller arm but larger dose of 5.6mg did.

Reacting was Cantor analyst Chiara Russo, which reiterated a Buy rating on the stock, with a fair value range of $2.00-$7.50.

Russo noted, “With this top-line read-out, we are incrementally more positive and constructive on the name, but note that a more comprehensive data set will be published on May 31st. We maintain that the real value driver is the Phase 3 trial read-out in fibromyalgia in 3Q:16 as additional data catalysts for PTSD would be on an 18-month time horizon. We also see TNXP returning to the capital markets to fund the additional clinical work.”

As of this writing, all the 3 analysts polled by TipRanks rate Tonix stock a Buy. With a return potential of 254%, the stock’s consensus target price stands at $8.75. 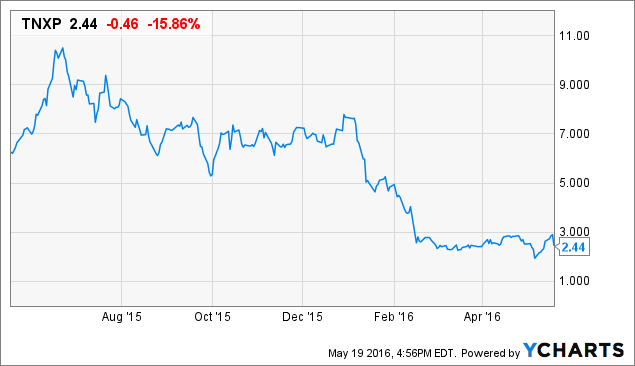