In a research report released today, Cantor analyst Irina Rivkind reiterated a Buy rating on Synergy Pharmaceuticals (NASDAQ:SGYP) with an $8 price target, following the company’s third-quarter results, posting a net loss of $23M and loss per share of ($0.24) that coming in below FactSet consensus loss per share estimates of ($0.28).

Rivkind noted, “We spoke with management who indicated that Synergy is adequately capitalized through 2016 (which allows the company to submit its NDA in constipation in 2015 and to complete its two Phase III trials in IBS-C). Management plans to provide guidance next year. We have lowered our expense estimates and view Synergy as a likely takeout candidate, therefore basing our PT on M&A valuation.” 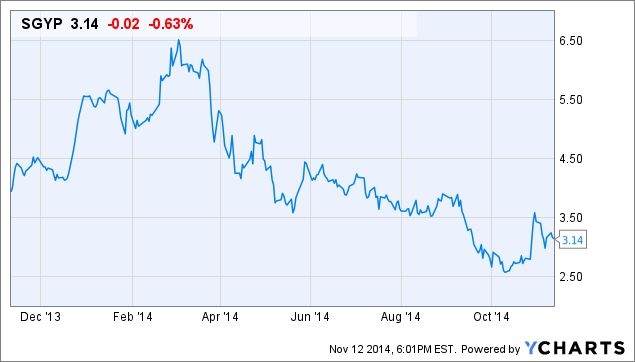