In a research report released Tuesday, Cantor analyst Irina Rivkind reiterated a Buy rating on Eagle Pharmaceuticals Inc (NASDAQ:EGRX) with a $37 price target, following the news that the FDA has granted the company’s Ryanodex seven years of Orphan Drug Exclusivity for the treatment of malignant hyperthermia (MH) following FDA approval in July 2014.

Rivkind observed, “This additional Orphan Drug Exclusivity should protect the brand until July 2021. A different dosage of this drug may get a second Orphan Drug Exclusivity in exertional heat stroke (EHS) in the future.” Furthermore, “As Ryanodex offers significant convenience benefits to hospitals such as fewer vials to reconstitute, shorter administration time, and a lower fluid load, we assume Eagle can capture the majority of the market over time. We assume a slow, steady switch to Ryanodex by hospitals as current dantrolene stock expires. ” 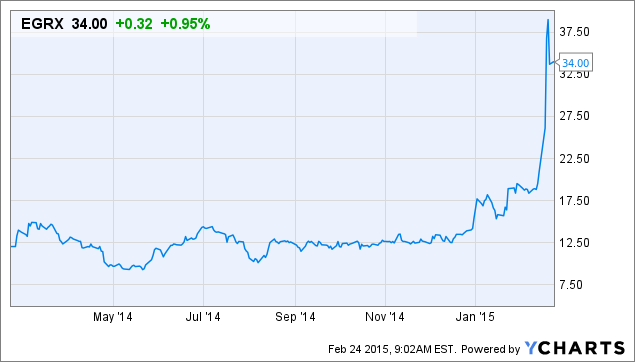