In a research report released Thursday, Cantor analyst Irina Rivkind maintained a Buy rating on Synergy Pharmaceuticals (NASDAQ:SGYP) and slightly raised her price target to $8.50 (from $8.00), as the company reported positive top line results from its 289-patient Phase II trial of SP-333 for opioid-induced constipation (OIC).

Rivkind noted, “This is a follow-on asset to the company’s better known drug, plecanatide, a Phase III compound for chronic constipation and IBS-C. Following the positive SP-333 data, we expect progression of this compound and have added 70% risk-adjusted revenues for SP-333 beginning in 2019, which increases our takeout valuation to $8.50 from $8.00.”

The analyst added, “Synergy plans to investigate SP-333 as a treatment for ulcerative colitis (UC), and the company started a small Phase Ib pilot study of SP-333 in this indication, which is expected to generate data in 2015. The releases of Phase III plecanatide constipation data next year are expected to be more meaningful catalysts to the stock, in our view.” 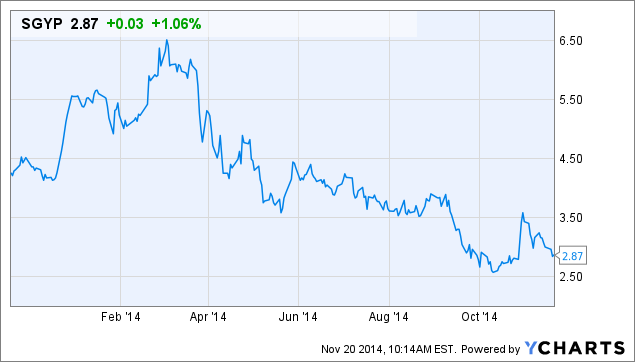