In a research report issued today, Cantor analyst Youssef Squali offered some positive commentary on Facebook Inc (NASDAQ:FB) in response to growing shifts in advertising dollars online, mobile usage, and the company’s new collection of mobile-first advertising offerings. The analyst reiterated a Buy rating on the stock and raised the price target to $100 (from $92), which represents a potential upside of 17% from where the stock is currently trading.

Squali points out that according to ZenithOptimedia, that Global Internet ad spend is expected to grow at 15% CAGR over the next few years, and overtake TV as the largest medium by 2020. Notably, the agency’s 2015/2016 Internet ad spend estimates were increased by 2.3% and 2.9% from the previous report. TV’s share of global ad spend peaked in 2013 at 39.4% and is expected to drop to 36.8% in 2017. Mobile is the primary growth driver for growth in Internet with a +42% 3-year CAGR. Given Facebook’s massive user scale and mobile leadership, the analyst believes that FB is ideally positioned to benefit from this shift. “We estimate that FB will grow revenue at 30% for the next 5 years, more than double the market average.”, Squali noted. 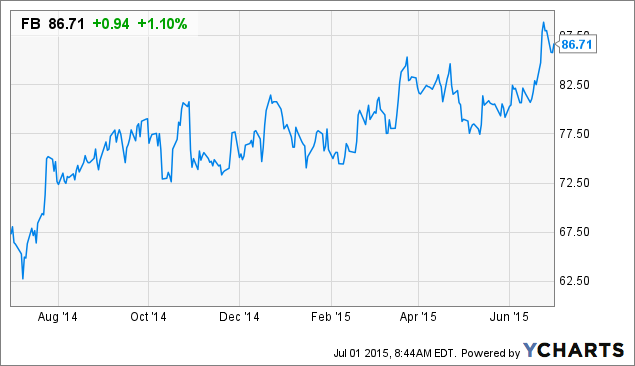