In a research report published Thursday, Cantor analyst Irina Rivkind reiterated a Hold rating on Ligand Pharmaceuticals (NASDAQ:LGND) and slightly raised her price target to $46 (from $43), which still represents a potential downside of 14% from where the stock is currently trading. The report follows the company’s November 18 Analyst Day.

Rivkind wrote, “We find management’s potential royalty estimates on its six key pipeline assets to be overly optimistic. Additionally, the company presented a deep dive into its Captisol business, which is already well appreciated and represents a lower-margin business for the company.”

The analyst add, “We have added risk-adjusted revenues for two pipeline assets (SAGE-547 and Merck’s BACE inhibitor) while lowering estimates around some non-core pipeline assets and streamlining expenses. As a result, we raise our PT to $46 from $43. We remain somewhat constructive on the stock since the company has a meaningful cash reserve that it can employ towards acquisitions following its recent convertible offering.” 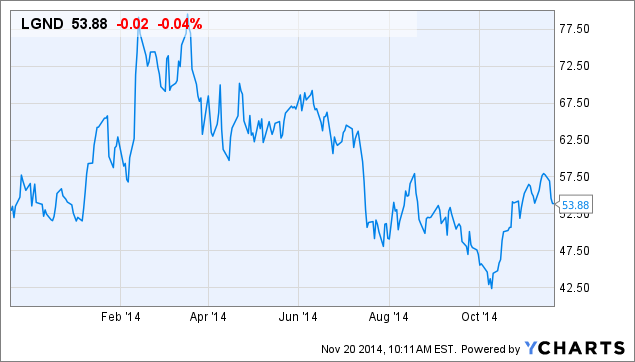