Cantor analyst Irina Rivkind is out today with her second raise on Cubist Pharmaceuticals (NASDAQ:CBST), raising her price target to $102 (from $90), while reiterating a Hold rating on shares.

Rivkind wrote, “We believe the proposed transaction should close at the Merck cash offer of $102/share, announced on Dec 9. We have updated our model to reflect a second Cubicin generic entrant beginning in mid-2016 following the unexpected invalidation of four Orange Book-listed Cubicin patents by Hospira.”

The analyst added, “Management indicated that it remains highly motivated to close the Merck deal in 1Q:15. If Merck unexpectedly walks away, we don’t think that Cubist would be able to get a comparable offer in the wake of the Hospira decision.”

According to TipRanks.com, which measures analysts’ and bloggers’ success rate based on how their calls perform, analyst Irina Rivkind has a total average return of 14.7% and a 59.8% success rate. Rivkind Koffler has a -18.9% average return when recommending CBST, and is ranked #178 out of 3403 analysts. 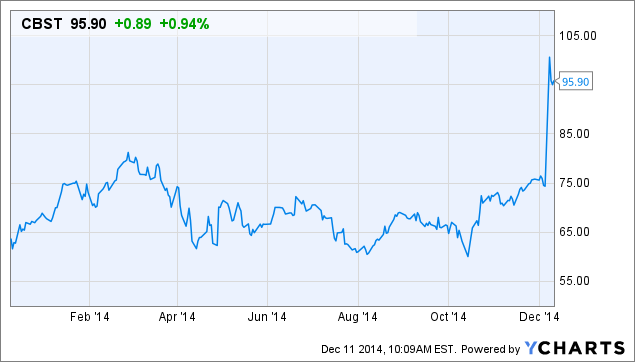