Squali wrote, “While Netflix’s tally is somewhat disappointing, considering last year’s seven emmys, it’s still a notable performance for an $8.99/mo service, which started in 2012, and long underestimated by larger and more established content creators. HBO was the clear winner with 43 total awards. The fact that Netflix and Amazon received a combined 46 nominations is a clear indication to us that content created by emerging OTT streaming services is a growing threat to the establishment, and that it’s a matter of time before these start rivaling and potentially exceeding their linear cousins, in our view.”

“When combined with recent positive news, including solid reviews for Narcos, ongoing expansion throughout Asia, and a recent price hike in major European markets, we view Netflix as gaining strong momentum for 2H:15 and 2016,” the analyst added.

Squali reiterated a Buy rating on Netflix shares, with a price target of $125, which represents a potential upside of 21% from where the stock is currently trading.

Out of the 40 analysts polled by TipRanks, 27 rate Netflix stock a Buy, 10 rate the stock a Hold and 3 recommend Sell. With a return potential of 5.5%, the stock’s consensus target price stands at $108.81. 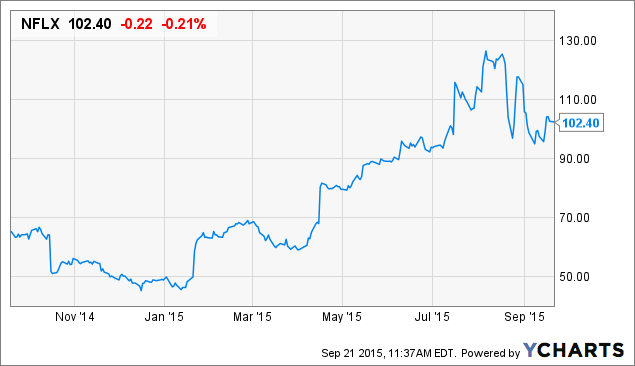