In a research report issued today, Cantor analyst Irina Rivkind maintained a Hold rating on Cubist Pharmaceuticals (NASDAQ:CBST) but raised her price target to $90 (from $64), following the news that Merck (NYSE:MRK) is in talks to acquire Cubist for ~$100/share.

Rivkind noted, “We are moving to a higher $90 takeout value for the company based on a 5x multiple applied to 2016 sales of $1.5B. We think that a takeout thesis on the company is quite reasonable given the accretion associated with Cubicin (~$1.0B net sales per year), but we also believe that some portion of the deal value could be structured via contingent value rights (CVRs) associated with the company’s pipeline (similar to other antibiotic deals). CVRs are typically structured around difficult-to-achieve targets or aggressive time lines, in our view, and for this reason we reiterate our HOLD rating.” 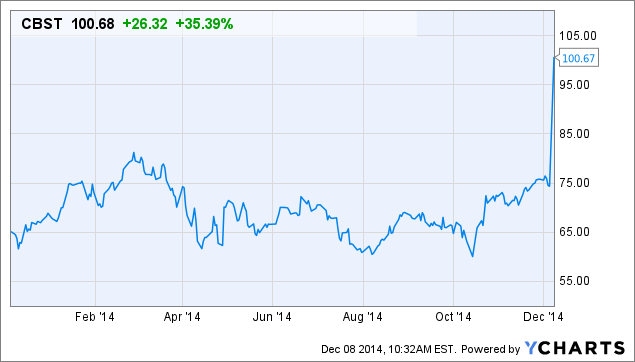