In a research report released today, Cantor Fitzgerald analyst Irina Rivkind maintained a Buy rating on Synergy Pharmaceuticals (SGYP), with a $11 price target. The report follows the company’s second-quarter results, which included an operational loss of $25.9M and loss per share of ($0.28), below FactSet consensus loss per share estimates of ($0.23).

Rivkind noted, “Higher-than-anticipated R&D contributed to this miss, due to the second Phase III launch for plecanatide in CIC in 2Q:14. We expect 2014 R&D expense to grow and believe that consensus earnings estimates are too optimistic. With the recent price increases in constipation drugs and higher promotional noise level, we think that Synergy’s Plecanatide will be poised to enter an attractive and well-developed market in late 2016 and should attain blockbuster status given its improved tolerability. We continue to view Synergy as a likely takeout candidate and base our PT on an M&A valuation. We reiterate our BUY rating but acknowledge that there is a temporary financing overhang on the stock since the company has approximately two quarters of cash remaining.” 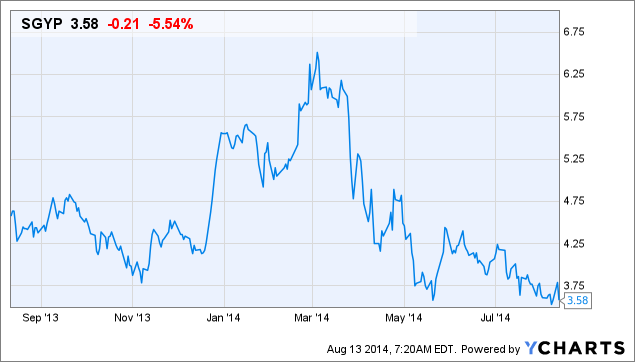