In a research report issued today, Cantor analyst Brian White weighed in with some insights on Oracle Corporation (NYSE:ORCL) after looking at the company’s cloud performance, which was well above expectations, in the fourth quarter fiscal year. The analyst maintained a Buy rating on Oracle with a price target of $48.00, which implies an upside of 7% from current levels.

White commented, “Oracle’s transition to the cloud appears to be occurring much faster than the company anticipated, which we believe is positive for the company’s future financial performance, but we expect this transition to disrupt near-term sales and profit metrics. That said, our model reflects a bottom in Oracle’s sales cycle (YoY change) and operating profit cycle in 4Q:FY15.”

“We believe Oracle’s transition to the cloud is impacting margins. Operating profit of $4.98 billion in 4Q:FY15 missed our $5.16 billion projection. Deferred revenue increased by 12% QoQ to $7.25 billion and better than our $6.83 billion estimate (up 6% QoQ).”, the analyst added.

Moreover, “In our view, Oracle’s push into the cloud is the most aggressive of any of the large, global IT vendors in our coverage universe and Oracle has the highest probability of success, as Oracle’s focus on the development of engineering hardware and software to work together could be a major, long-term differentiator in the cloud, ultimately providing a meaningful cost advantage to the Oracle Cloud.” 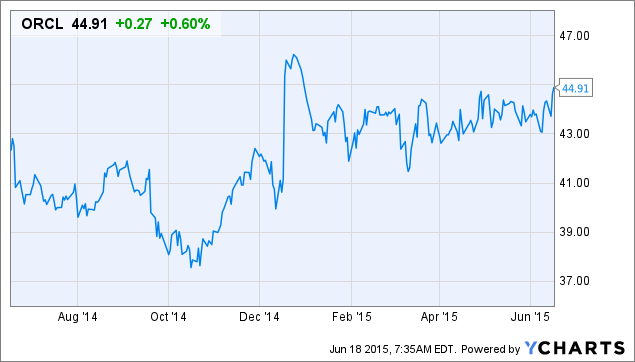