In a research report released Tuesday, Cantor analyst Irina Rivkind maintained a Buy rating on Eagle Pharmaceuticals (NASDAQ:EGRX) with a price target of $30, as the company announced positive results from its 81-patient Phase I trial of a 50 mL ten minute “rapid infusion” bendamustine, which demonstrated bioequivalence to a 60 minute infusion of Treanda.

Rivkind wrote, “The positive study results support management’s solid execution to date, and increases the company’s attractiveness to potential acquirers, in our view.” 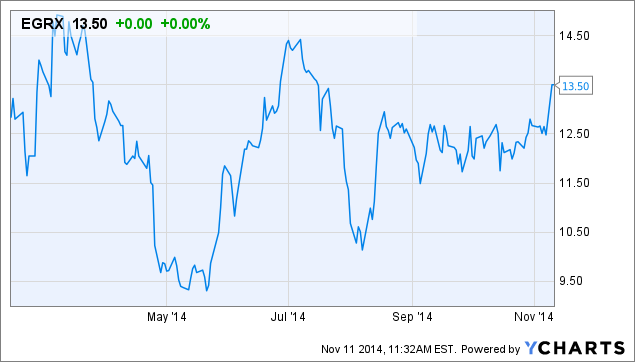