The analyst rates the stock a Buy with a $7 price target, which represents a potential upside of 129% from where the stock is currently trading.

Brims wrote, “The ablation procedure used during the HEAT trial was not standardized and treatments times varied. We believe sustained treatment and heating of the surrounding tissue is necessary for the release of therapeutic doses of docorubicin at the tumor site. We believe ThermoDox continues to have potential as adjuvent therapy in HCC.”

The analyst explained his price target, “Our $7 target price is based primarily on the discounted cash flow valuation of $5/share from sales of ThermoDox with launch expectation late 2020. Our peak sales expectation of >$950M is based on conservative penetration rates of 18% in ration ablation eligible HCC patients in the U.S. (10% in the E.U.) and 14% penetration in recurrent chest wall breast cancer (8% in the E.U.). Our revenue forecasts extend to 2026 when patent exclusivity ends (discounted 15%). We also are assigning $1/share to EGEN-001 and EGEN-002, respectively, based on potential upfront payments and other milestones/royalties from potential partnerships.” 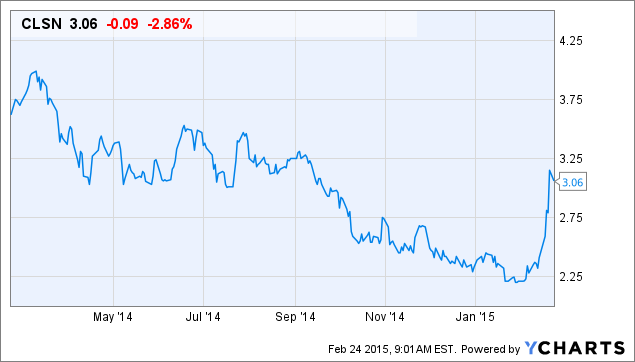