Goldstein noted, “Our takeaway view from the conference is that Celldex’s CDX-011, in development for triple negative breast cancer (TNBC), is still very much a contender amongst a number of agents in development for this breast cancer population. We base this on data generated thus far for agents such as Merck’s Keytruda, Roche’s MPDL3280A, and Medivation/Astella’s Xtandi.”

The analyst added, “We like shares of Celldex because of the depth and breadth of candidates in numerous clinical trials and view the opportunities for updates from a number of trials in the near term as potentially accretive to the shares.” 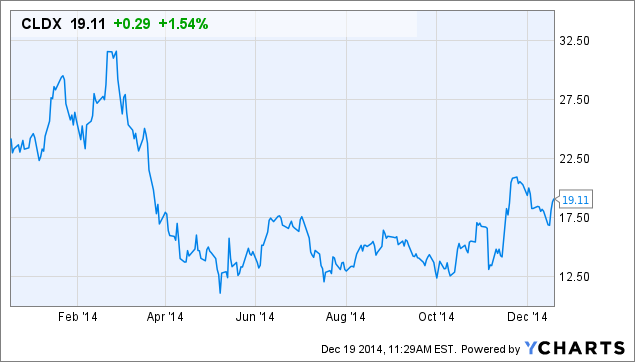