Cantor Fitzgerald analyst Mara Goldstein released a research report on Array Biopharma Inc (NASDAQ:ARRY) reiterating a Buy rating on the stock and providing a price target of $13, implying an upside of 98% from current levels. The report came in response to the company’s release of its fiscal 3rd quarter earnings report, which showed gains above the analyst’s estimates.

Goldstein noted, “Array reported 3Q:FY15 EPS of $0.37 versus our estimate of ($0.18), on revenues of $6.6 million versus our forecast of $6.1 million. The gain in the quarter is a result of the financial consideration paid from Novartis ($85 million) which was used to extinguish net liabilities of $21.6 million.”

Furthermore, “While development programs have had selective speed bumps here and there, we believe that the totality of the portfolio, the return of commercial rights to a fully funded Phase III candidate, binimetinib, and the acquisition of a companion candidate, encorafenib, from Novartis, are reasons to be intrigued by the shares.” 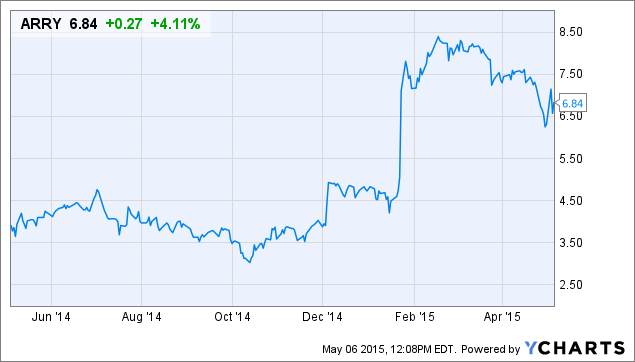