In a research report published today, Cantor Fitzgerald analyst Irina Rivkind reiterated her Buy rating on Salix Pharma (NASDAQ:SLXP) and increased her price target to $181 from $154 ahead of the expected approval for Relistor next week.

Rivkind wrote, “We expect Relistor (subcutaneous injection) to be approved by its upcoming PDUFA (9/29/14) for the treatment of opioid-induced constipation (OIC) in patients taking opioids for chronic non-cancer pain. FDA initially issued a CRL that requested a cardiovascular outcomes trial (CVOT) to support the chronic non-cancer pain sNDA, and Salix appealed this request. An FDA Advisory Committee voted against requiring CVOTs, and FDA later agreed to review the Relistor sNDA using existing data. Because there were no other issues in the CRL and FDA requested proposed labeling, we are expecting approval, which we think should support the stock.”

Rivkind continued, “We think the company remains attractive to multiple acquirers ahead of the expected approval of Xifaxan for IBS-D in February 2015. While the stock already reflects some takeout premium, in our view, we see more upside (+20%) under this scenario. We believe that a takeout “halo” will continue to persist, which limits downside risk, and think a standalone valuation for the company is $152. Furthermore, if Relistor approval is unexpectedly delayed, we would expect only ~5% downside to the stock primarily due to negative read-throughs to oral Relistor approval.” 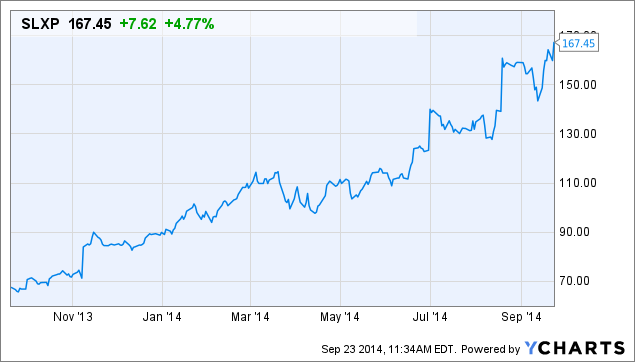