Despite the better than expected 2Q14 results, Cantor Fitzgerald analyst Youssef Squali maintained a Hold rating but raised his price target to $9 (from $8).

With regards to the company’s surprisingly high revenue report Squali wrote, “While stabilization in both core and billings is positive, it’s still unclear whether this improvement could yield growth beyond low/mid single digits over time”. Squali continued, “Recent acquisitions were primarily responsible for the better-than-expected top line ($14M of revenue), the excess of which fell to the bottom line”.  The analyst added, “Also encouraging, finance billings were up 14% Y/Y amidst improved activity, particularly in Asia and Continental Europe. That said, currency translation (Sterling to USD) positively impacted segment revenue by ~$700K”.

According to TipRanks.com, which measures analysts’ and bloggers’ success rate based on how their calls perform analyst Youssef Squali has a 29.5% average return and a 77.8% success rate. Squali is ranked #4 out of 3190 analysts. 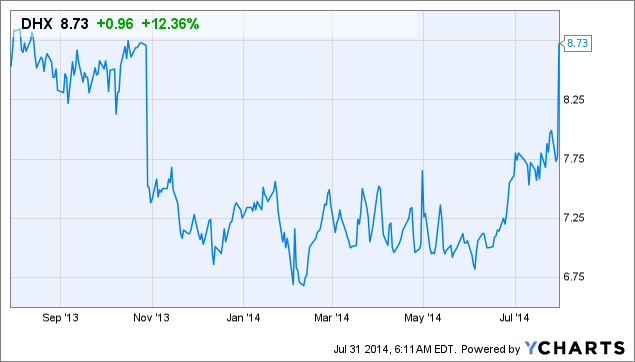 Bull of the Day: Dice Holdings