Rivkind wrote, “Phibro reported revenues of $183.7M and adjusted diluted earnings of $0.22 versus FactSet consensus estimates of $175.8M in revenues and $0.27 in EPS. According to management, the EPS consensus miss may have been due to underestimation of cash tax payments for the quarter. Net sales in the quarter grew 12% Y/Y, and adjusted EBITDA grew 23% Y/Y. We reiterate our BUY rating and $27 PT, which is based on DCF analysis, favorable view on sector M&A activity, and additional opportunities for growth.”

According to TipRanks.com, which measures analysts’ and bloggers’ success rate based on how their calls perform, analyst Irina Rivkind has a total average return of 16.2% and a 56.1% success rate. Rivkind is ranked #195 out of 3303 analysts. 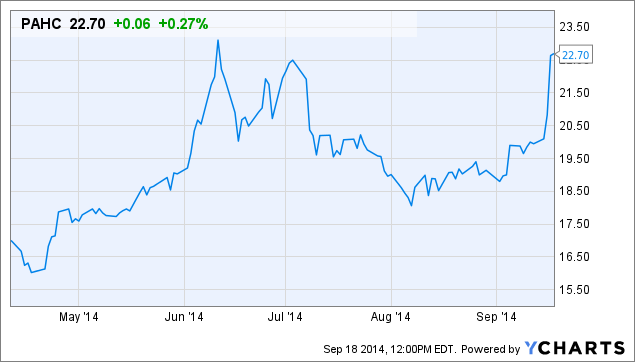