Koffler notes: “We evaluate the potential AGN deal accretion. We have used consensus estimates for AGN to create a hypothetical, pro-forma model for a combined VRX/AGN entity. We conservatively use lower cost synergies of $2.0B instead of $2.7B guided by Valeant, we add 250M shares to the share count, and we more than double Valeant’s interest expense to $2.0B in 2015. This pro-forma yields a hypothetical VRX 2015 EPS of $12.16 (+34% accretion from our standalone 2015 EPS estimate of $9.05) and a hypothetical VRX price target of $185 (+11%). We currently use a leverage ratio of ~3.3x 2015 EBITDA, which would rise slightly to 3.5x if the Allergan deal transpired.” 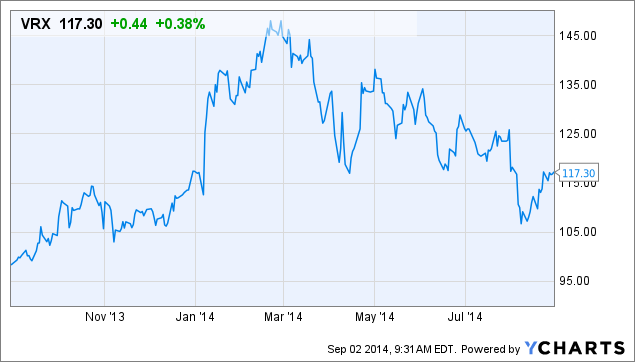