In a research report released yesterday, Canaccord Genuity analyst Richard Davis assumed coverage on shares of Netsuite (N) with a Hold rating and $85 price target, in light of recent news that Netsuite has acquired Venda, a provider of cloud- based e-commerce solutions.

Davis wrote, “While Venda will serve NetSuite’s e-commerce efforts well (it’s hard to pass judgment on the transaction value without any financial metrics), we continue to believe that Demandware (DWRE) is the best cloud-based e-commerce vendor in the space and that the firm is pulling away from competition at an incremental pace”.

Davis continued, “While NetSuite’s financial commitment to Venda was not disclosed, we can wager a guess. When we met with Venda in 2012, the firm was targeting to reach the $40M revenue mark that year. Industry chatter was that growth had since stalled a bit and that Venda had been on the “for sale” market for some time; thus, it’s unlikely the firm received a premium multiple. Our guess is that N paid somewhere in the $175M-$250M range, which we will look to verify in the coming weeks”.

According to TipRanks.com, which measures analysts and bloggers success rate based on how their calls perform, analyst Richard Davis has a 2.8% average return and a 51% success rate. Davis is ranked #994 out of 3216 analysts. 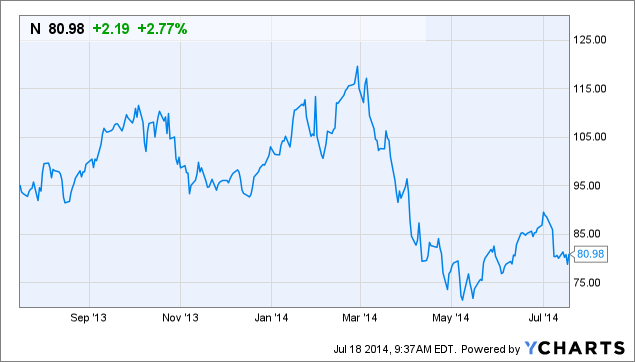