Shen noted, “We expect yieldco details to be released in early 2015. The yieldco, in our view, serves as an important catalyst and will likely impact 2015 guidance. Assuming the company sells its Japanese projects, we believe a $4 2015 EPS is a probable base case. With the stock down 40% since September, we see shares at current levels as an attractive entry point.”

According to TipRanks.com, which measures analysts’ and bloggers’ success rate based on how their calls perform, analyst Philip Shen has a total average return of -11.3% and a 22.8% success rate. Shen has a -12.9% average return when recommending CSIQ, and is ranked #3362 out of 3408 analysts. 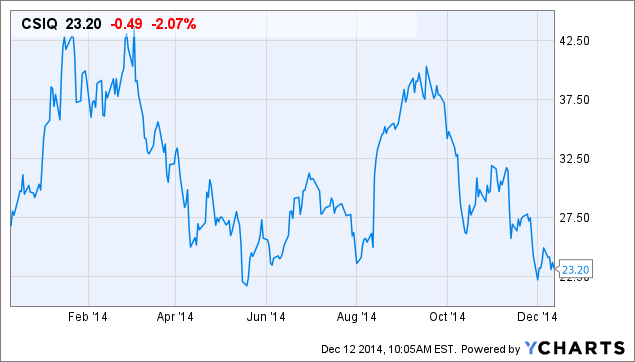