In his research report, Walkley wrote, “Our global wireless surveys over the June quarter indicated strong iPhone 6/6 Plus smartphone sales as the iPhone remained the top selling smartphone at all four Tier-1 US carriers with overall sell-through share estimated near 50%. We believe Apple’s very strong iPhone 6 upgrade cycle should continue through C2015 due to ongoing upgrade sales and high-end market share gains. Given our estimate only 20% of the iPhone installed base had upgraded to the iPhone 6 devices by the end of Q2/F2015, we anticipate continued strong replacement sales to existing iPhone consumers.”

Furthermore, “We anticipate continued high-end smartphone market share gains for the larger screen iPhone 6 devices as our surveys indicate a greater mix of Android smartphone consumers are switching to the iPhone 6 smartphones than during iPhone 5 series launches. We believe these trends should grow the iPhone installed base to over 500M exiting C2015, and this base should drive strong future iPhone replacement sales, earnings, as well as cash flow generation to fund strong long-term capital returns programs consistent with the $200B program announced on April 27th.”

The analyst maintained a Buy rating on AAPL with a price target of $160, which implies an upside of 27.% from current levels. 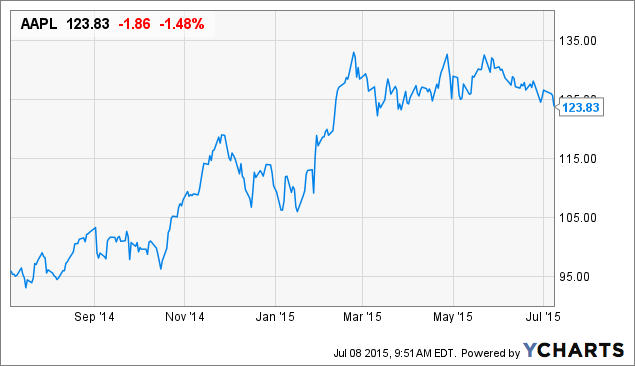 The Influence of Strong iPhone Sales on Skyworks Solutions

Based on Walkley analysis and wireless surveys, the global smartphone market is estimated to declined 2.5% Q/Q during Q2/C2015 driven by soft global Android smartphone unit sales. However, his surveys indicated ongoing strong iPhone 6 sales and given Skyworks’ strong RF $-content in these devices, Walkley believes this should offset some of the softer high-tier Android sales. Furthermore, Walkley believes the strong ramp in China LTE smartphones through C2015 should also offset weaker 2G/3G handset sales as LTE smartphones have 2-3x RF dollar content versus 2G/3G devices.

The analyst concluded, “We believe Skyworks is well positioned to generate at least 15% year-over-year sales growth with expanding margins through F2017. In fact, we believe Skyworks’ broad portfolio should enable dollar content share growth in both Apple’s and Samsung’s premium tier smartphones during 2015 along with growing content share gains in the fast growing Chinese LTE smartphone market. We also believe Skyworks’ diverse analog portfolio positions its broad market division for roughly 20% annual growth driven by content share gains in markets such as WiFi 802.11ac, wireless infrastructure, and the IoT market.”

The analyst reiterated a Buy rating on SWKS with a price target of $130, which implies an upside of 29% from current levels. According to TipRanks.com, Walkley has a 76.0% average return when recommending SWKS, and is ranked #6 out of 3692 analysts. 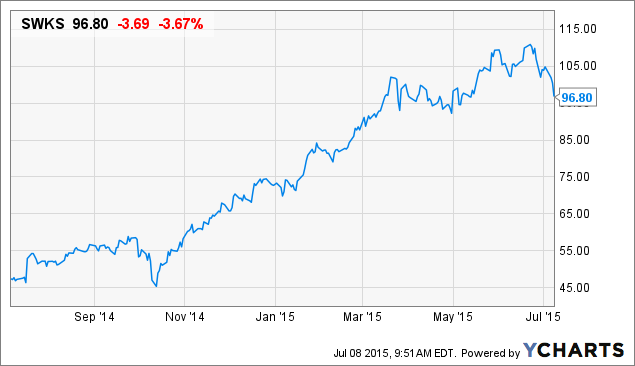 Due to weaker high-end Android smartphone sales versus ongoing strong iPhone sales combined with softer overall China OEM smartphone sales, Walkley has lowered his global 2015 smartphone estimates from 1.45B to 1.39B units. This has led him reduce his overall 2015 3G/4G unit TAM from 1.55B to 1.50B units. The analyst also noted, “While near-term hightier smartphone chipset share dynamics continue to negatively impact F2015 estimates, we anticipate gradually recovering earnings growth in F2016 with potentially better QCT high-end market share and improved QTL licensing collections from Chinese OEMs along with the potential for catch-up payments. We believe Qualcomm’s significantly increased capital returns program and the stock’s valuation make it attractive for longer-term value investors.”

Walkley maintained a Buy rating on QCOM, while slightly reducing the price target to $77 (from $80), which implies an upside of 22.6% from current levels. According to TipRanks.com, Walkley has a 4.3% average return when recommending QCOM, and is ranked #6 out of 3692 analysts. 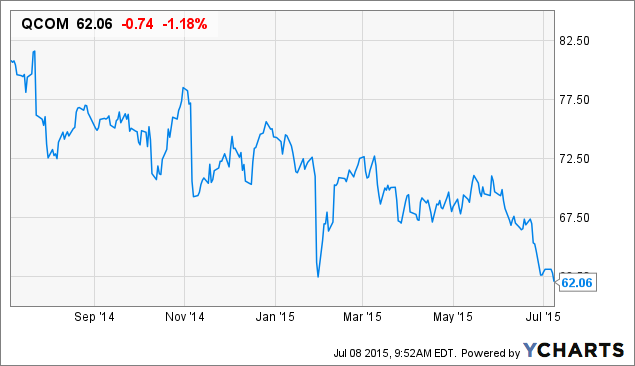 The analyst concluded, “Based on management’s F2016 growth expectations for the core EMM business, we believe BlackBerry faces the challenging task of selling not just EMM subscriptions but must also upsell increasing amounts of VAS and close additional technology licensing deals to meet its F2016 software-related sales target. Further, we believe the continued steep decline in high margin services business and ongoing tepid hardware sales will remain a headwind to meaningful and sustained profitability during F16/F17.”

In his research report, Walkley reiterated a Hold rating on BBRY with an $8.00 price target, which represents a slight upside potential from current levels. Walkley has a 23.9% average return when recommending BBRY, and is ranked #6 out of 3692 analysts, according to TipRanks.com. 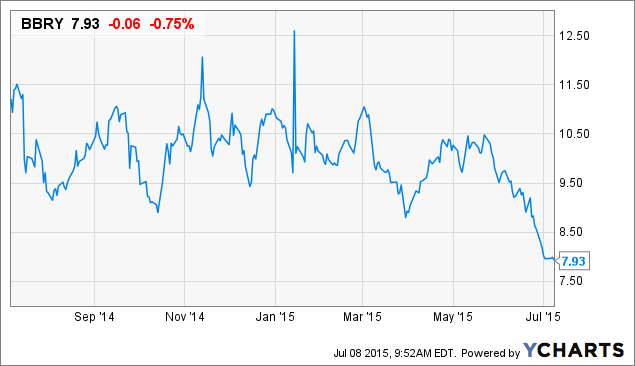