Shares of Mast Therapeutics Inc (NYSEMKT:MSTX) are down 15% on Tuesday after the company disclosed that it now expects top-line results from the Phase 3 EPIC study of vepoloxamer in Vaso-Occlusive-Crisis (VOC) in sickle cell disease in September 2016, from previous guidance of Q2/2016, associated with database lock.

While disappointing, Canaccord analyst John Newman remains positive, reiterating a Buy rating on shares of Mast Therapeutics, with a $3.00 price target, which represents a potential upside of 742% from where the stock is currently trading.

Newman noted, “Mast previously presented blinded analysis at two-thirds completed enrollment, which showed a median duration of crisis of ~79 hours, below the assumed placebo duration of 96 hours. Additionally, standard deviation was 47 hours vs. powering assumption of 51 hours. The Phase 3 EPIC study is 90% powered to detect a 16-hour (p<0.05) difference in duration of VOC between vepoloxamer and placebo. We believe vepoloxamer will hit achieve statistical significance if the remaining one-third of patients demonstrate similar response to earlier interim results.”

As usual, we recommend taking analyst notes with a grain of salt. According to TipRanks.com, which measures analysts’ and bloggers’ success rate based on how their calls perform, analyst John Newman has a yearly average return of -13.7% and a 33% success rate. Newman has a -10.2% average return when recommending MSTX, and is ranked #3986 out of 4079 analysts.

As of this writing, all the 5 analysts polled by TipRanks rate Mast Therapeutics stock a Buy. With a return potential of 672%, the stock’s consensus target price stands at $2.75. 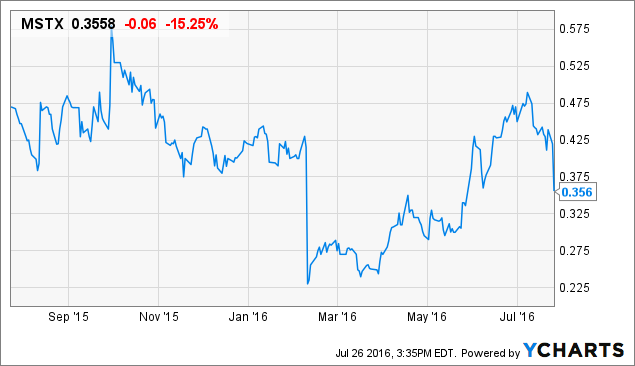