Canaccord analyst John Newman weighed in today with a few insights on Kite Pharma Inc (NASDAQ:KITE), after the company informed investors that there was one patient death in its Phase 1 trial for the CAR-T cell therapy, KTE-C19, which was determined to be unrelated to KTE-C19 by the study investigator. KTE-C19 is a potential treatment for refractory aggressive non-Hodgkin’s lymphoma patients who have failed prior chemotherapy treatments.

Newman wrote, “We await details to be presented at ASH in December, but believe that it is unlikely that severe cytokine release syndrome (CRS) was related to the death. Severe CRS is a known side effect for CART therapy and likely would have been associated with KTE-C19 if a severe instance occurred, in our view. It is more likely that disease progression was related to the death, but again, we await details at ASH in early December.”

Furthermore, “Despite inaccurate market chatter, KITE’s KTE-C19 Phase 1/2 study in relapsed/ refractory DLBCL was never on clinical hold at FDA. Following the patient death, KITE followed a well-established procedure of reporting adverse events to FDA, and the study continued. Importantly, we remind investors that Juno Therapeutics Inc (NASDAQ:JUNO)’s early Phase 1 study in ALL at Memorial Sloan Kettering was on clinical hold, but even in this case, the hold was rapidly removed, and the study was successfully completed.”

The analyst reiterated a Buy rating on shares of Kite Pharma, with a price target of $90, which implies an upside of 46% from current levels.

All the 5 analysts polled by TipRanks rate Kite Pharma stock a Buy. With a return potential of 36%, the stock’s consensus target price stands at $84. 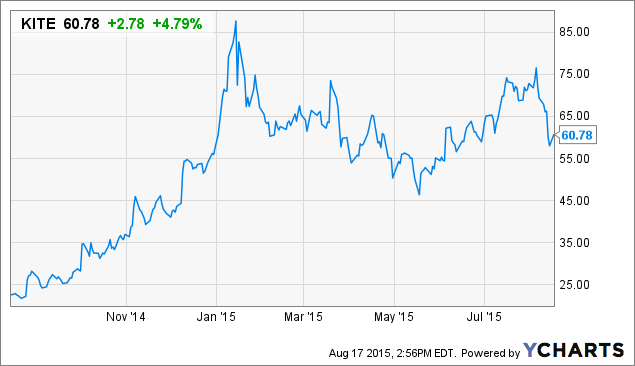