However, Canaccord Genuity analyst Richard Davis sees the price dislocation as an opportunity to add to positions, as he would expect VEEV shares to advance at least as fast revenue growth in 2015. The analyst reiterated a Buy rating on the stock with a $36 price target, which represents a potential upside of 30% from where the stock is currently trading.

Davis stated, “Veeva continued to execute well in Q4, making strides in each of its three core business lines. This firm embodies the ideal qualities of a vertical cloud model – extremely efficient use of S&M spend (i.e., low cost per ARR dollar), recurring margins north of 50%, and best-in-class dollar retention, at nearly 140%. It seems that investors have likewise caught on to this, as VEEV shares trade at a revenue multiple surpassed only by the likes of WDAY and SPLK in the software universe. When you trade at premium valuation, there is an expectation of flawless execution. Last night was better than expected on nearly every line item; however, unguided cash flow came in light of estimates, driven entirely by the timing of collections on renewals.” 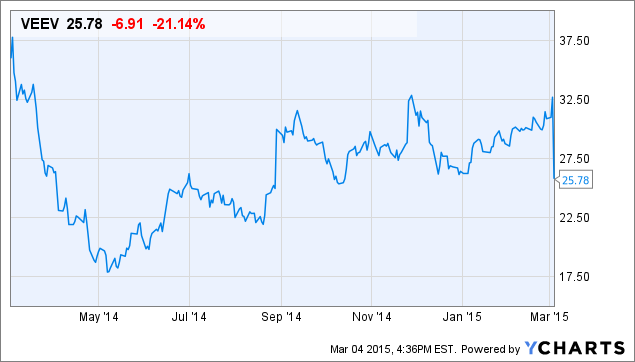