Canaccord Slashes Zynga Price Target On The Back Of Disappointing Earnings

In a research report released this morning, Canaccord Genuity analyst Michael Graham reiterated a Hold rating on Zynga (NASDAQ:ZNGA) and reduced the price target to $2.50 (from $4.00), following the company’s fourth-quarter results, posting EPS of $0.00 on $193 million in revenue, compared to consensus estimates of $0.00 in EPS on $201.11 million in revenue.

Graham wrote, “Zynga’s Q4 results were soft as the company remained in a transition stage to mobilefirst and came to grips with new game testing and tuning techniques. Bookings were below the low end of guidance due to declining web bookings (mobile was strong), several game delays, and sub-par launches. Management is taking a more “nurturing” stance towards game launches following lackluster debuts from New Poker and NFL Showdown. The company now expects a relatively small slate of 6-10 new games in 2015. With Q1 guidance calling for a material sequential decline, we continue to believe investors will need to see some evidence that upcoming game launches will be successful before returning to the stock.”

According to TipRanks.com, which measures analysts’ and bloggers’ success rate based on how their calls perform, analyst Michael Graham has a total average return of 17.1% and a 58.6% success rate. Graham is ranked #136 out of 3510 analysts. 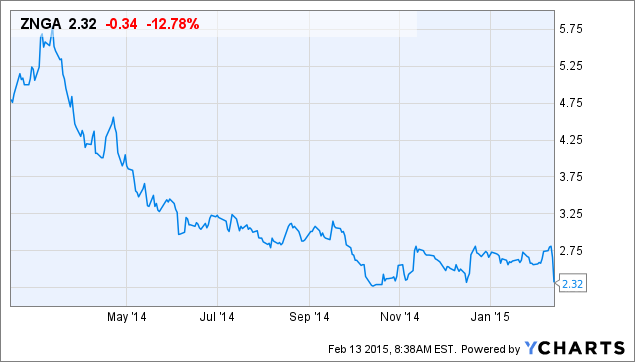