In a research report released today, Canaccord Genuity analyst Karl Chalabala reiterated a Hold rating on Rex Energy Corporation (NASDAQ:REXX) and reduced the price target to $7.00 (from $8.00), which represents a potential upside of 46% from where the stock is currently trading.

Chalabala noted, “We remain on the sidelines for Rex Energy due to a negative near-term view on Appalachian natural gas relative through 2016, as well as Rex’s basis exposure being primarily Dominion South until the end of 2016. Previously, we believed the stock would trade at a discount to the group due to well design and liquidity; however, two major catalysts should drive value going forward in those respects.”

The analyst explained his new price target, “Our $7 price target is based on a 50/50 split between 6x our 2016 EV/EBITDA estimates and our $14 NAV. As a reminder, we use the Chicago Mercantile Exchange basis curves against our forecasts for REXX’s exposures, which we will update quarterly, and reflect REXX’s basis exposures in 2015 and 2016.”

According to TipRanks.com, which measures analysts’ and bloggers’ success rate based on how their calls perform, analyst Karl Chalabala has a total average return of -9.5% and a 55.6% success rate. Chalabala is ranked #3119 out of 3480 analysts. 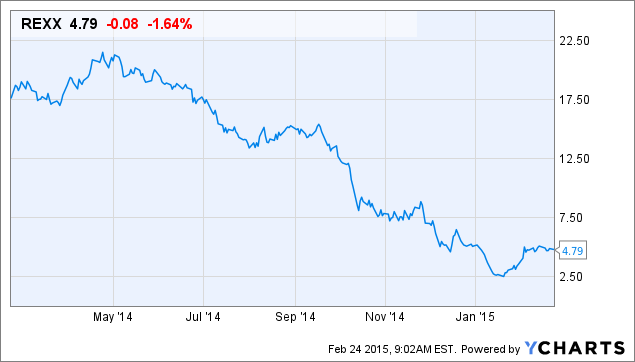