Canaccord Genuity analyst Sara Elford weighed in today with a few insights on Hydrogenics Corporation (USA) (NASDAQ:HYGS), following the announcement that the company has been awarded an exclusive 10-year agreement valued at over €50 million to supply Alstom Transport with hydrogen fuel cell systems for Regional Commuter Trains in Europe.

Elford noted, “While we have long been highlighting the potential for large contracts to act as a positive catalyst for the stock, this application and partner were never on our radar screen until now. The opportunity persists for other large contract announcements over the balance of the year in Power-to-Gas and Stationary Power.” Furthermore, “We understand that Alstom conducted a global technical competition, which included all of the major fuel cell companies. The fact that Hydrogenics won this competition (exclusivity noted) once again provides strong validation of its technology platform. The fuel cell systems will be developed to meet European train compliance regulations.”

Bottom line: “We are not changing our forecast at this time, but once again visibility has improved and Hydrogenics has reconfirmed that it is a leader in this space, with multiple applications to drive significant long-term growth.”

The analyst reiterated a Buy rating on Hydrogenics shares with a price target of $19, which implies an upside of 66% from current levels. 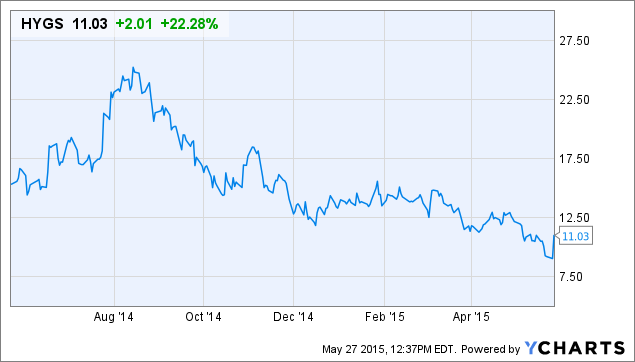