Berkshire Hathaway Inc. (NYSE:BRK.A) announced today it had agreed to acquire the aerospace components company Precision Castparts Corp.(NYSE:PCP), in a deal worth more than $37 billion. The offer of $235 a share is a 21% premium to Precision’s closing price of $193.88 a share on Friday. This represents the largest acquisition for Berkshire Hathaway, and the deal is expected to close in the first-quarter of 2016.

Subsequently, Canaccord analyst Kenneth Herbert commented, “We believe the deal is a bullish sign for the commercial aerospace cycle. While Berkshire is known to take a long view, we believe this points to its confidence in the cycle fundamentals. We continue to see upside as announced rate increases are implemented (737, 787, A320, A350), with risk focused on the 777. We do not read this deal as any indication that PCP management is less optimistic about the health of the commercial cycle, or its prospects in the aerospace sector.”

The analyst continued, “We see little risk at this time to the deal getting completed. Note that the deal is subject to the necessary regulatory reviews both here in the U.S. and in certain foreign jurisdictions. Moreover, we see no reason at this time why PCP’s major customers, such as Boeing or General Electric, would object to the transaction. And finally the transaction will add Berkshire CEO Buffett’s voice as a supporter of the U.S. aerospace industry, which can be an asset.”

The analyst maintained a Hold rating on Precision Castparts shares with a price target of $235, which represents a slight upside potential from current levels.

Out of the 9 analysts polled by TipRanks, 6 rate Precision Castparts Corp. stock a Hold, while 3 rate the stock a Buy. With a return potential of 0.9%, the stock’s consensus target price stands at $233.43. 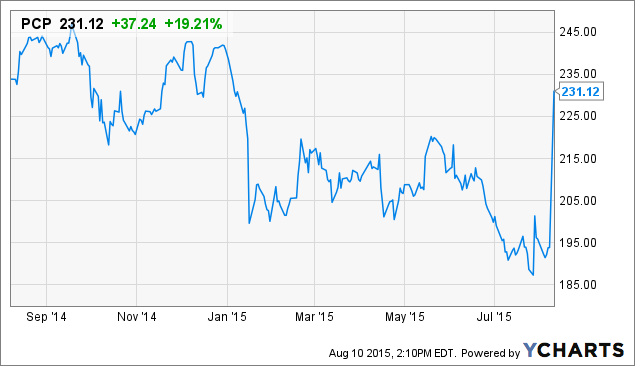 Berkshire Hathaway Inc.: Looking For The Next Precision Castparts