Canaccord Genuity analyst Gregory Miller weighed in today with a few insights on Sprint Nextel Corp (NYSE:S), ahead of the company’s fiscal third-quarter report, which is scheduled for Thursday morning, February 5. The analyst maintained a Hold rating and a $5 price target on the stock, which implies an upside of 17% from current levels.

Miller wrote, “We are slightly adjusting our estimates to account for Sprint’s earlier disclosures regarding subscriber metrics. As a result of higher gross additions and upgrades than initially expected, we anticipate incremental pressure on profitability in 3QF14. We are lowering our estimates accordingly. While we believe it is too early in new CEO Claure’s tenure to truly gauge the effectiveness of various turnaround initiatives put in place, we are encouraged with progress during the quarter with regard to subscriber metrics, particularly commentary suggesting shrinking postpaid phone net losses.”

However, “We remain concerned that, with price as the only lever, a long-underinvested network, and an industry that has recently responded rapidly to aggressive pricing tactics, recent subscriber momentum may be difficult to sustain. We await further discussion regarding the company’s strategy in the coming calendar year and look for more tangible signs of operations turning the corner before becoming more constructive.” 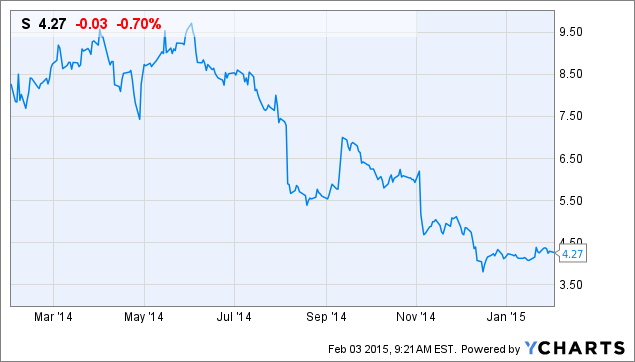